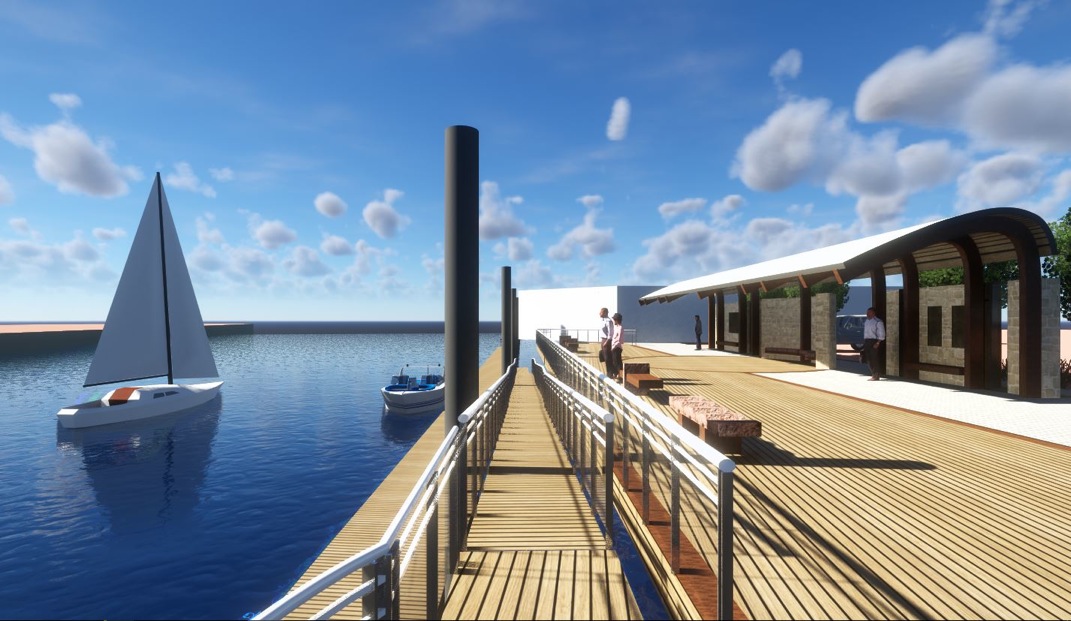 Pontoon space should be for all

THE Port Lincoln City Council will ask the Department of Planning, Transport and Infrastructure for a three month extension to the closing date of proposal requests, due on January 31, for the waterway next to the Marina Hotel.

In December last year the department issued a request for proposals to develop a mooring facility at the marina that, as a minimum, would provide a multi-user embarkation and disembarkation pontoon for the public and tourist vessels operating out of Lincoln Cove Marina.

At the council’s meeting on Monday night, Ian Doyle on behalf of the Tacoma Preservation Society asked the council to consider the extension so all interested parties and the council might find a solution that suited all stakeholders.

Mr Doyle said the society asked for the extension so a workshop, to be convened by the Port Lincoln City Council, could be held to discuss all options for the waterway lease, including those provided by the society.

He said the society was challenging the council to have the vision to deliver a win, win for the community.

“We want everyone to put aside the differences of the past and embrace the possibilities,” he said.

Mr Doyle said designs for the space between the Fishermen’s Memorial and the Marina Hotel, commissioned the Tacoma Preservation Society, created a space for the community and the growing tourism industry. ​

The concept designs include a public promenade with improved access for the public by re-routing the Parnkalla Trail, wheel chair access and covered shelter for passenger loading and unloading for the marine charter industries.

Mr Doyle said without the council taking a position, the relevant stakeholders would continue to butt heads.

“They are poles apart and things haven’t changed, the real challenge is to do something that will benefit the community but the truth is we won’t know until we sit around the table and talk about it – if we don’t it will collapse around our ears,” he said.

Councillor Neville Starke said he had chaired some of the stakeholder meetings and described them as slinging matches.

He said no one compromised, including the Tacoma Preservation Society.

“No one will deny that the Tacoma needs a permanent mooring but I don’t see that or the Tacoma itself represented anywhere in these plans and that’s the big stumbling block,” he said.

Councillor Diana Mislov said while the council was not directly responsible for the space or for the pontoon, she believed it should take a proactive position on it.

She said the council could at least try and contribute to a joint proposal as it was not just about one group or business but about getting the best use of the asset for everyone.

“I think we need to look at the future growth of the area, we are investing millions in the leisure centre, we have tourists coming to the marina and we have access to funding that other groups don’t,” Ms Mislov said.

“I would implore councillors to support the bigger vision and this chance to reinvigorate our second CBD.”

Ms Mislov said the council would only get one opportunity to be a part of the proposal and would only need to request an extension from department at this stage.

“I think we need to ask DPTI for an extension to do the best we can for the community and that council should investigate being the project owner – we’re going to miss out on this opportunity if we don’t do something,” she said.